With a population of over 20 million people, Florida currently has well over a million of the best residential swimming pools.  And with the state population growing by approximately 300,000 people per year, we expect the number of Florida swimming pools to grow accordingly in the coming years.

With so many pools, Floridians often find themselves in need of the best pool repair, resurfacing or the best pool contractor to help them fix up or install a Florida swimming pool.  Unfortunately, not every contractor does things the right way.  There are so many reports or complaints of unlicensed contractors, the state needs to maintain a large database – consisting of tens of thousands of recent records – to keep track of them all.

We took a look at this database to find out where these unlicensed pool contractors are operating.  We found out which Florida counties have the highest concentration of shady repair firms. And we looked at the types of violations found when these contractors are investigated. Altogether, we analyzed over 650 unlicensed pool contractor reports from 2010-2017.  Read on to see what we found, or jump straight to a specific county report. 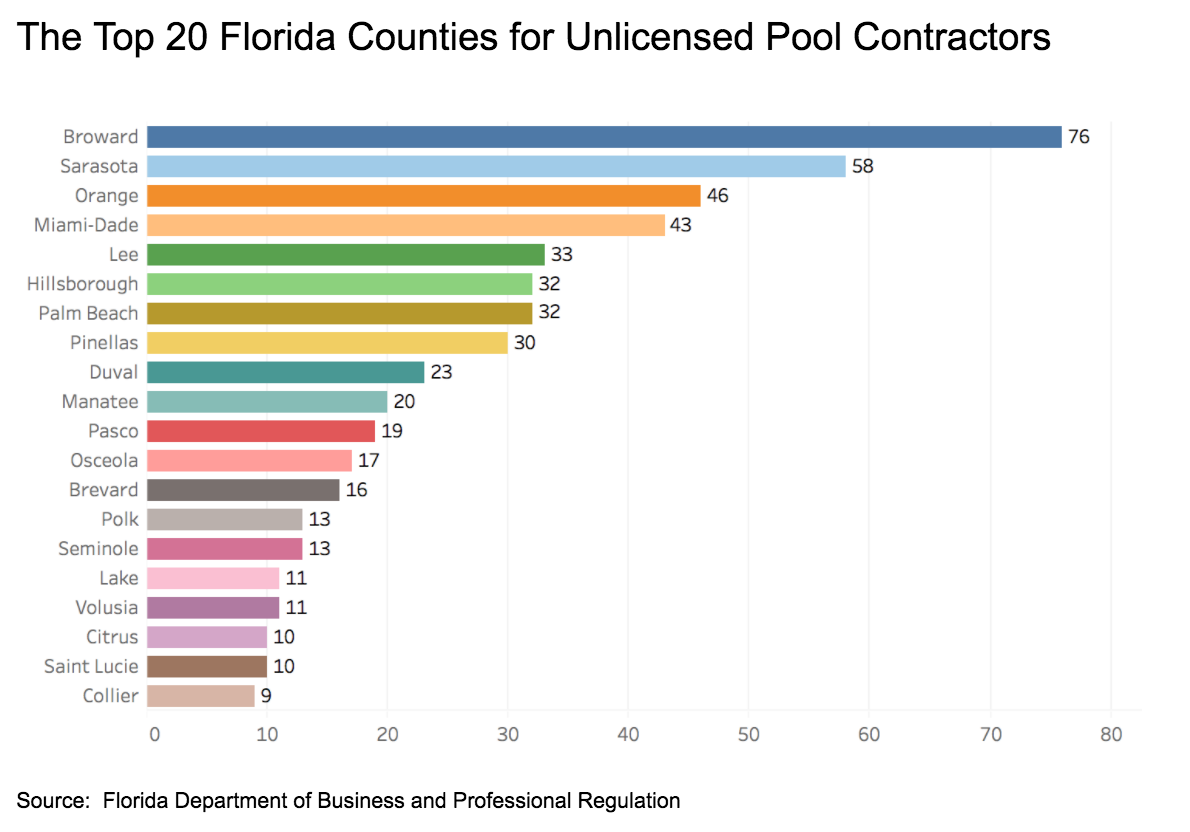 When it comes to unlicensed pool contractors, Broward County tops the list with the most reports by far.  With several major cities including Fort Lauderdale, Pembroke Pines, Hollywood, Miramar, and Coral Springs, the county has a large number of Florida swimming pools and clearly an equally large number of shady contractors.

Not far behind in total complaints was Sarasota County, home of the city of the same name which ranks highly as a great place to live in the U.S.  Perhaps all those happy residents make a good target for unscrupulous contractors.

When it comes to Palm Beach County – our home turf – the city with the most unlicensed pool contractors complaints is Boca Raton.  Our very own “City for All Seasons” racked up 29 percent of all complaints. 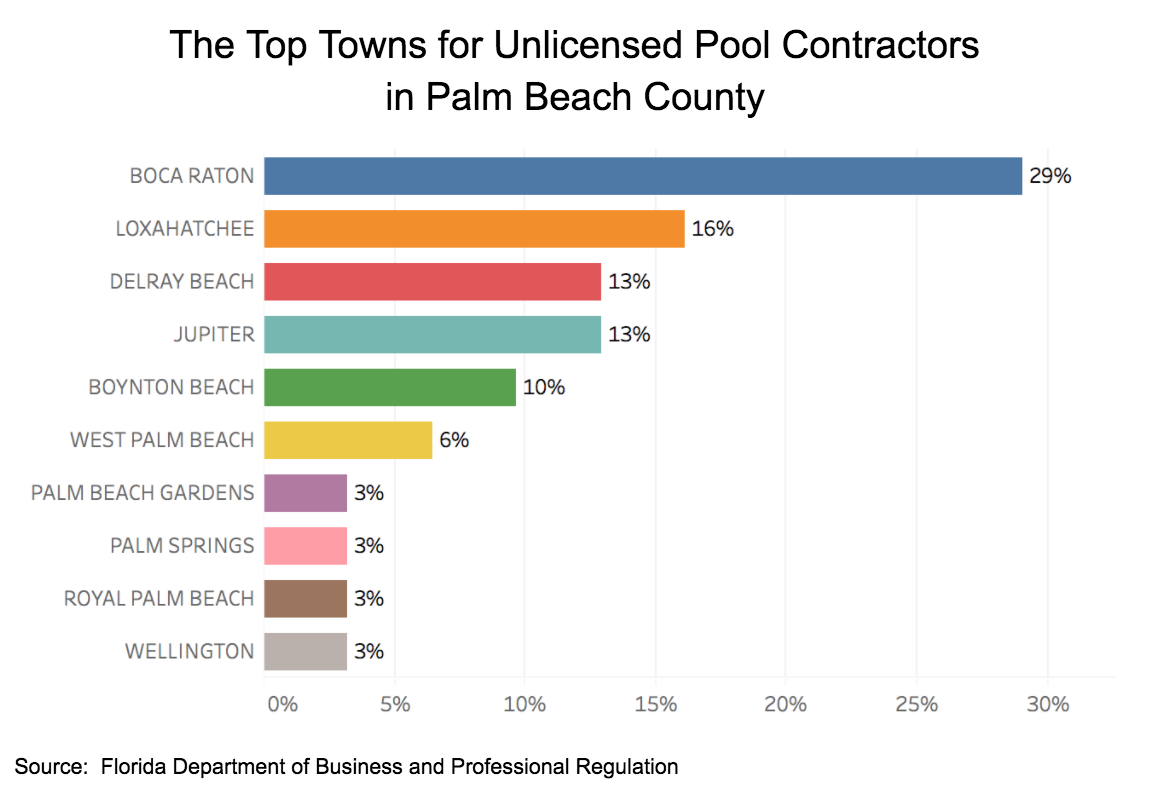 Rounding out the Top 5 were Loxahatchee with 16 percent, Delray Beach and Jupiter with 13 percent each, and Boynton Beach with 10 percent.  Altogether, the Top 5 comprise over 80 percent of all the unlicensed contractor reports in the county. 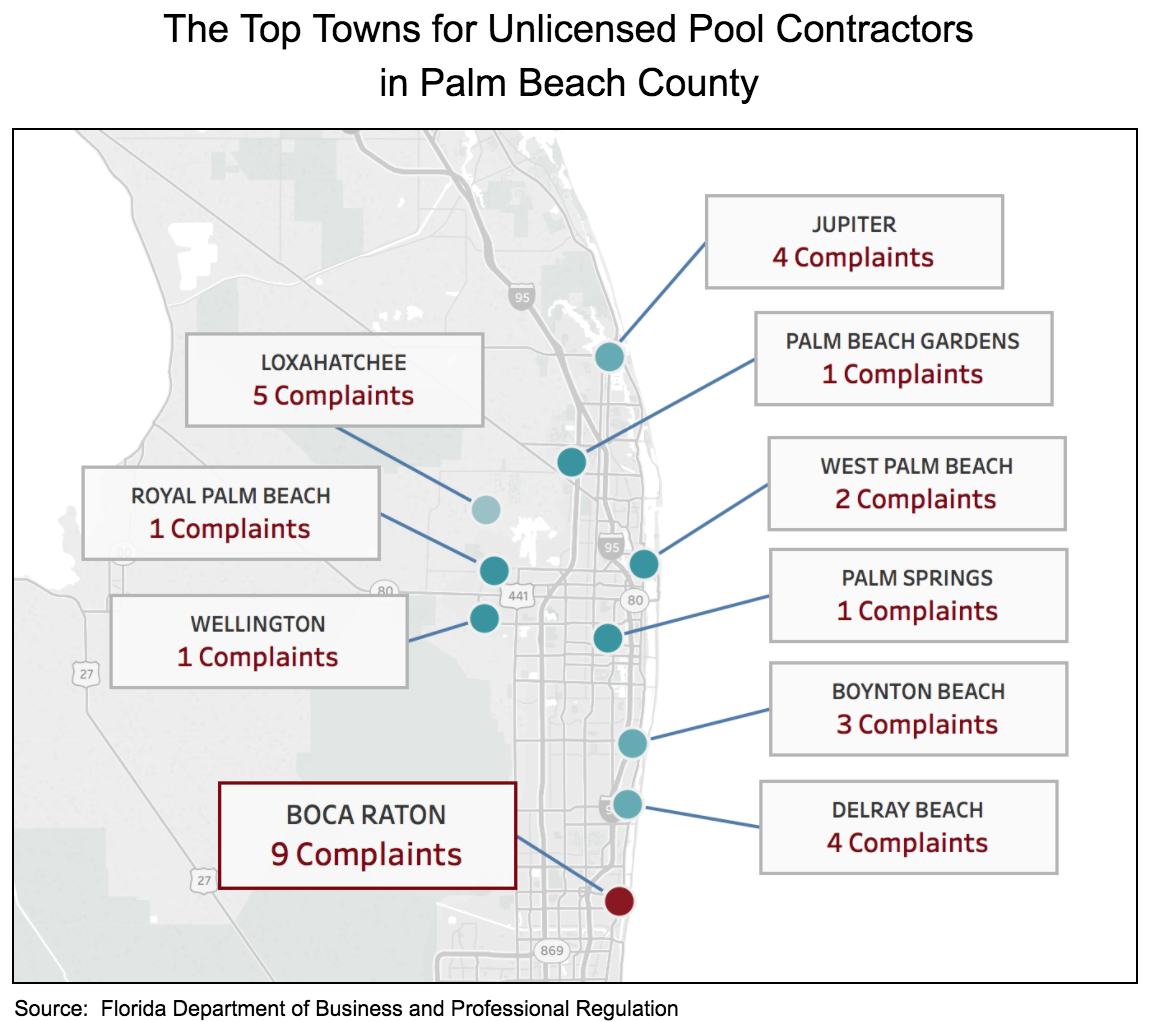 When complaints are resolved, an official disposition is recorded by the state.  When we analyzed how these complaints were being handled here in Palm Beach County, we found that the most likely result was the issuance of a Cease & Desist notice, which occurred in 19 percent of cases. 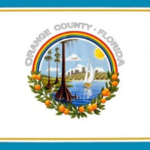 Further to the north in Orange County, Orlando was far and away the city with the most complaints.  “The City Beautiful” was the location of almost tw0-thirds of all complaints in the county. Orlando may be nice to gaze upon or visit for a vacation, but be wary when hiring a pool repair, resurfacing or construction contractor.

Rounding out the remaining cities ranking for unlicensed pool repair contractors in Orange County were: Winter Park with 11 percent, Apopka and Windermere with 9 percent each, Edgewood with 4 percent, and Winter Garden with just 2 percent. 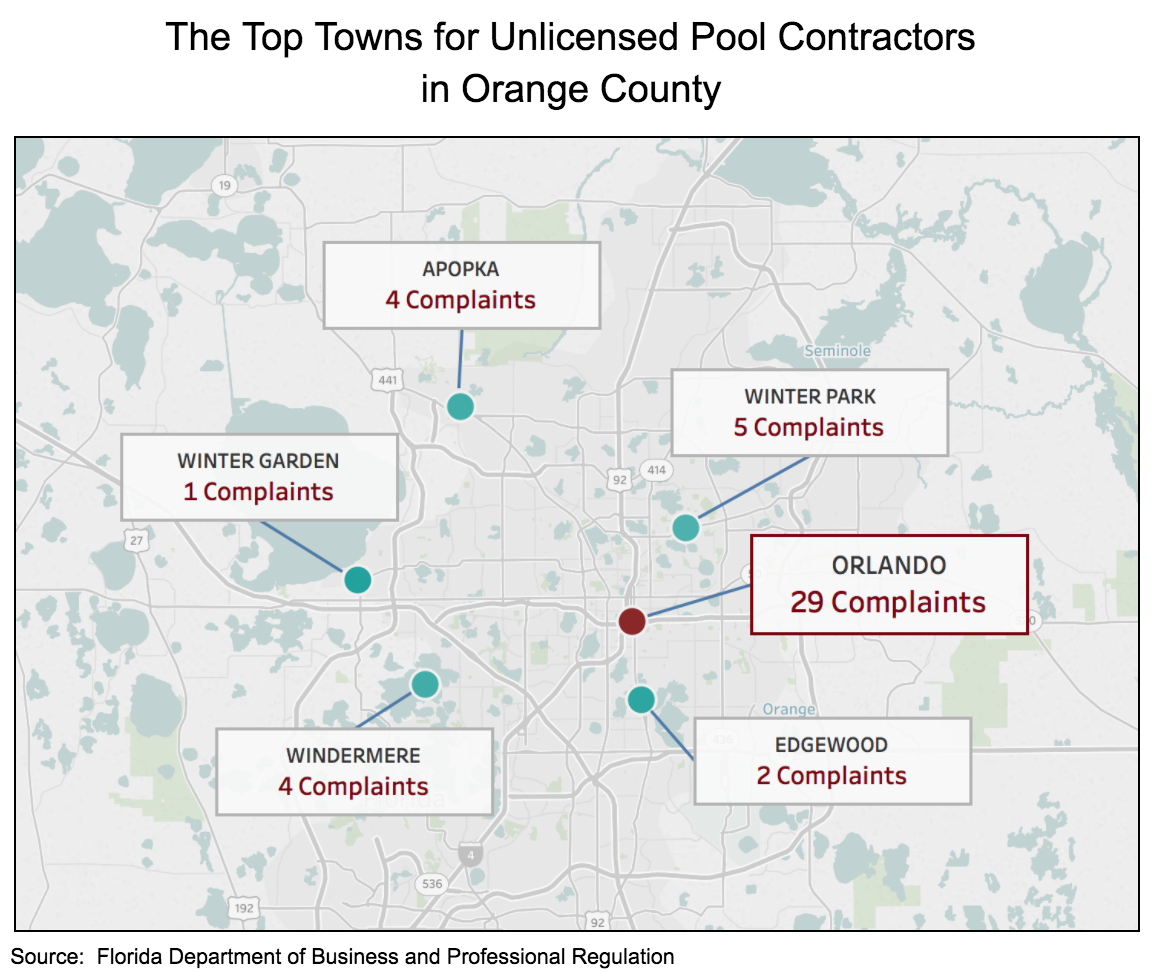 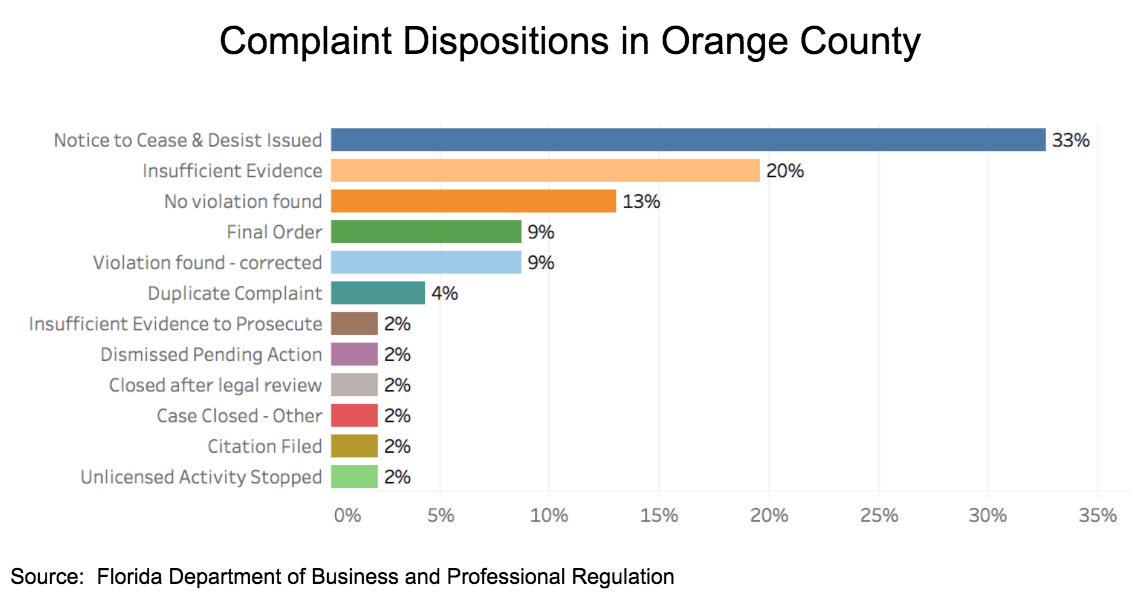 While there was more overall variety in complaint dispositions for Orange County, the most likely result was still a Cease & Desist notice. However, complaints dismissed due to Insufficient Evidence were relatively high in Orange County – about twice the state average at 20 percent.  Whether this means residents are more likely to make frivolous complaints, or pool repair contractors are better at hiding their tracks, we’re not sure.  Just make sure to ask to see a license when considering doing business in Orange County and be sure to find the best pool contractor.

In Broward, the city of Pompano Beach was by far the hottest spot for unlicensed pool contractors. While it may be known for giving “Florida’s Warmest Welcome,” the city might also catch a reputation for unlicensed pool repair work, clocking in 42 different complaints.  That’s over 55 percent of all complaints in the entire county. 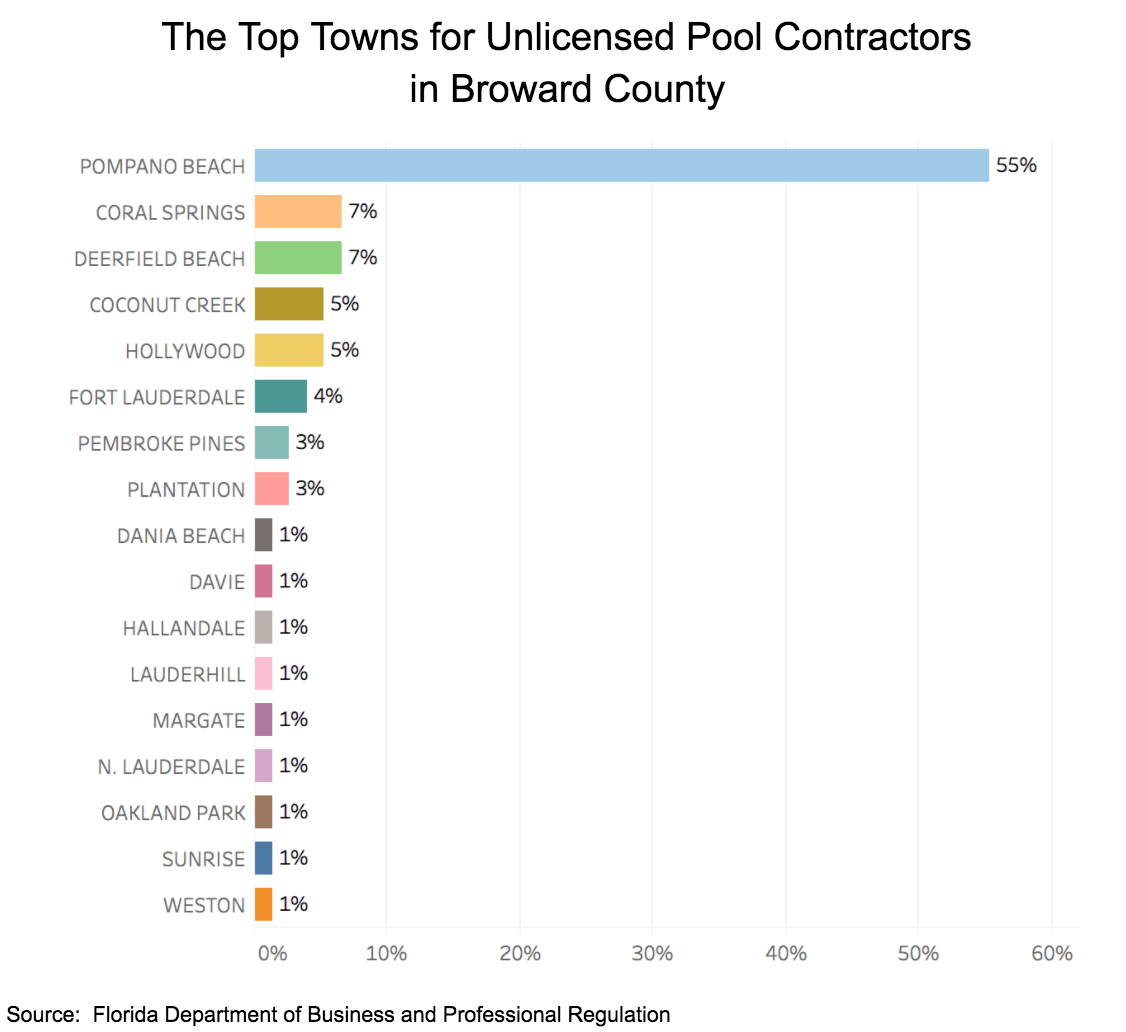 Other Broward towns don’t come close to Pompano. Coral Springs and Deerfield Beach tied for second place with 7 percent each. Coconut Creek and Hollywood came in third place with 5 percent each. 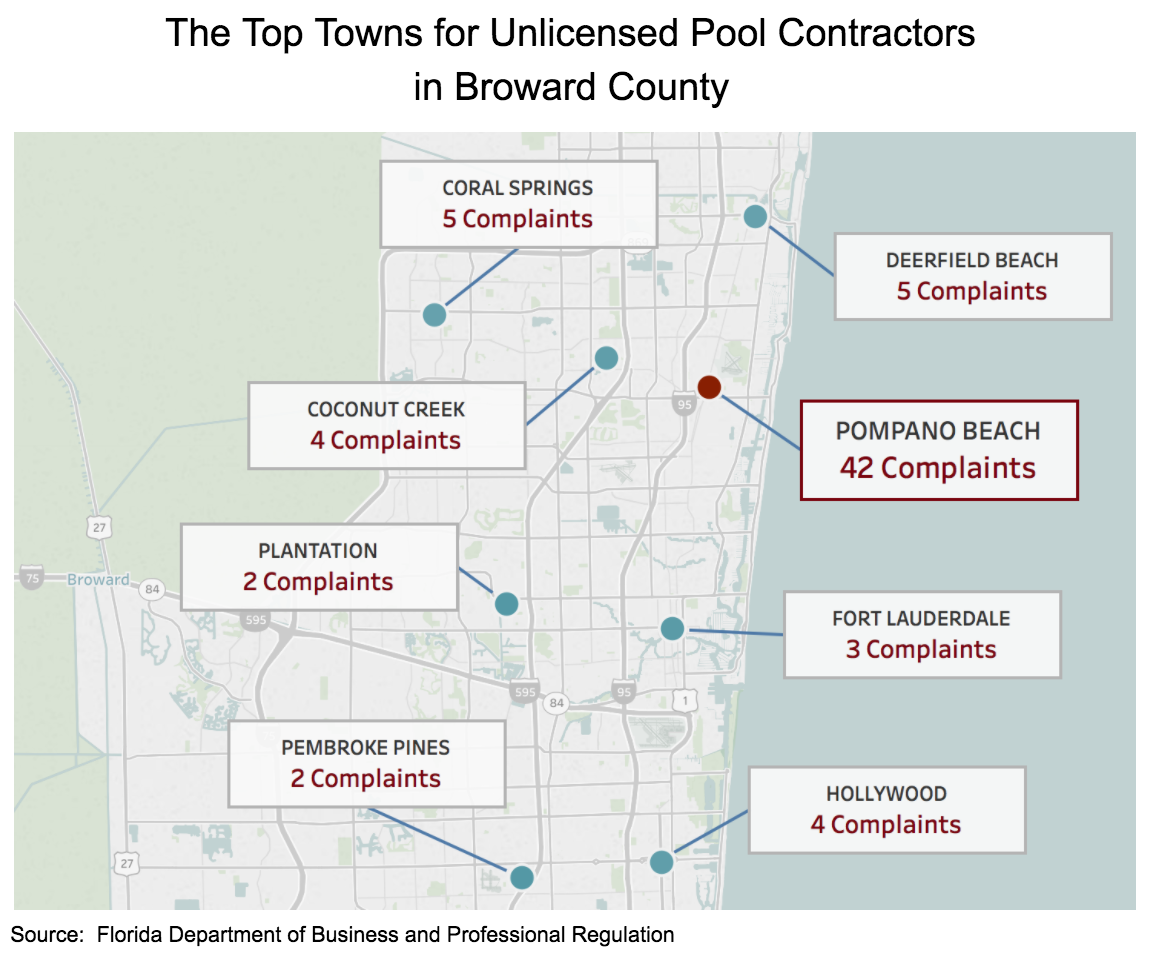 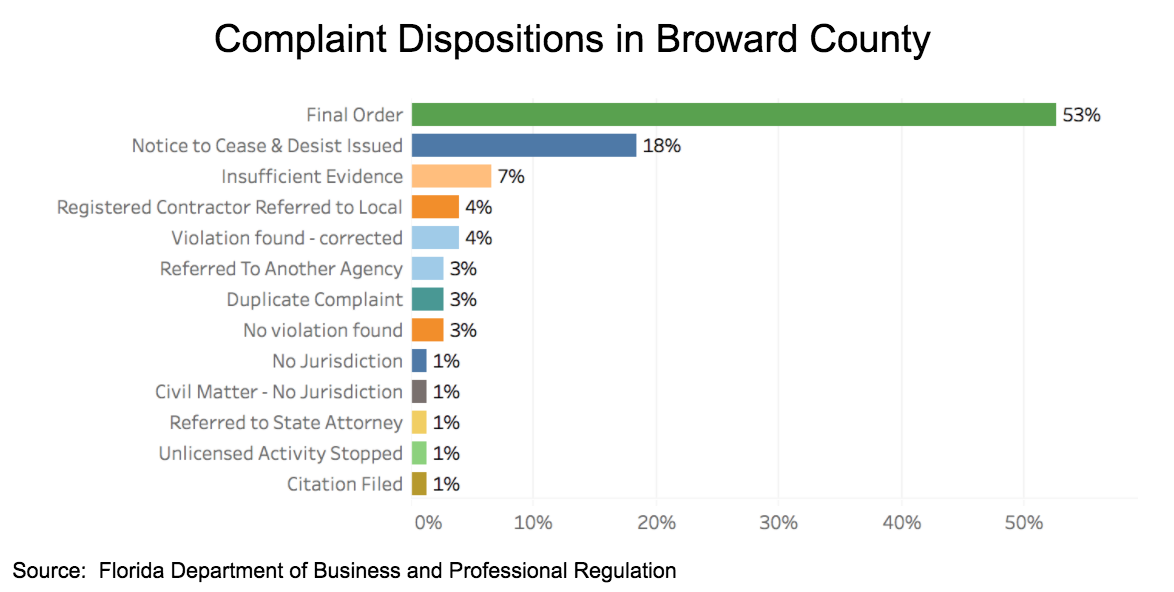 On average, complaints seem to be handled differently in Broward County compared to the other counties we analyzed. Over half of all complaints concluded with a Final Order, possibly a result of Broward County’s recent crackdown efforts on unlicensed contractors. 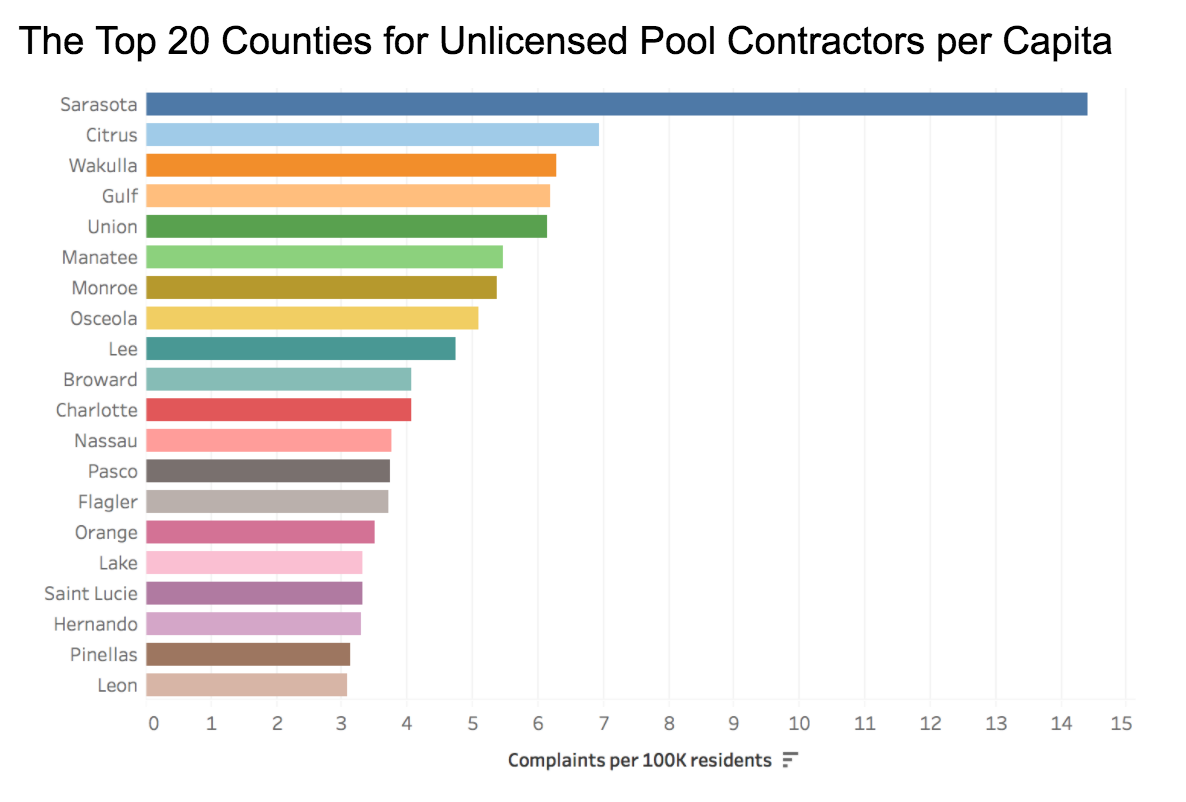 When you consider the state of Florida as a whole, most counties had at least a few complaints.  When we included population as a factor, Sarasota County jumped straight to the top of our list, with an average of over 14 complaints per 100,000 residents.

Rounding out the Top 5 were Citrus, Wakulla, Gulf, and Union counties.  These central and north Florida counties have relatively low populations, but both Broward and Orange ranked in the Top 20 for the per capita data.

When homeowners choose to improve their property by having the best pool repair, resurfacing or Florida pool installation, they’re making a decision that they usually have to live with for a long time.  That’s why we started Palm Beach Pool Pros.  We’re two guys who love the water, and our goal is to make sure South Florida homeowners can trust the companies they hire for pool work.  We encourage every homeowner to do their research and ensure they are working with a licensed as well as the best pool contractor.

How We Made This Study

We analyzed Florida Department of Business and Professional Regulation data from 2010 to 2017.  The dataset we used was updated on 05/06/2017.

We analyzed over 42,000 (42,634 individual records) in the State of Florida’s Unlicensed Activity Files.  These files contain public complaint information on individuals or entities that performed or are alleged to have performed unlicensed activity under businesses and professions regulated by the department.

State of Florida – Department of Business and Professional Regulation

State of Florida – Office of Economic and Demographic Research

Using the images on this page is allowed for non-commercial purposes.  If you cite any of the information on this page, please make sure to credit us for our work by linking back to https://www.palmbeachpoolpros.com.